Sporting Rifle
Specifications and prices are subject to change without notice.

Given the historic breakthroughs achieved with the Henry rifle, Winchester improved on its design to make it even more useful on both the range and the battlefield. In 1866, they introduced Nelson King's patented spring-steel loading gate, as well as a wood forend for added comfort. These changes led to the creation of  the "Yellowboy," the earliest version of the quintessential cowboy rifle whose lines and basic functioning survive to this day. 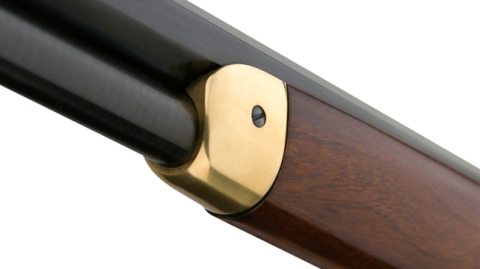 The satin walnut forend is embellished with a brass forend nose cap. 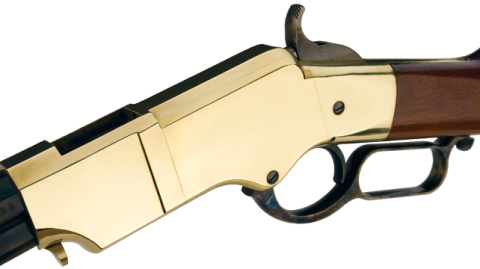 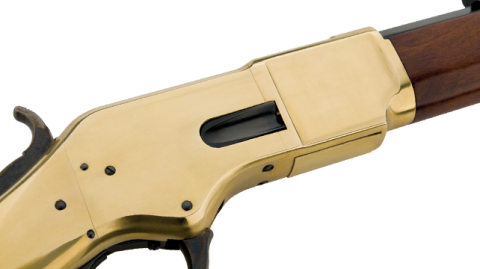 Features a side loading gate—one of the major improvements over the 1860 Henry. 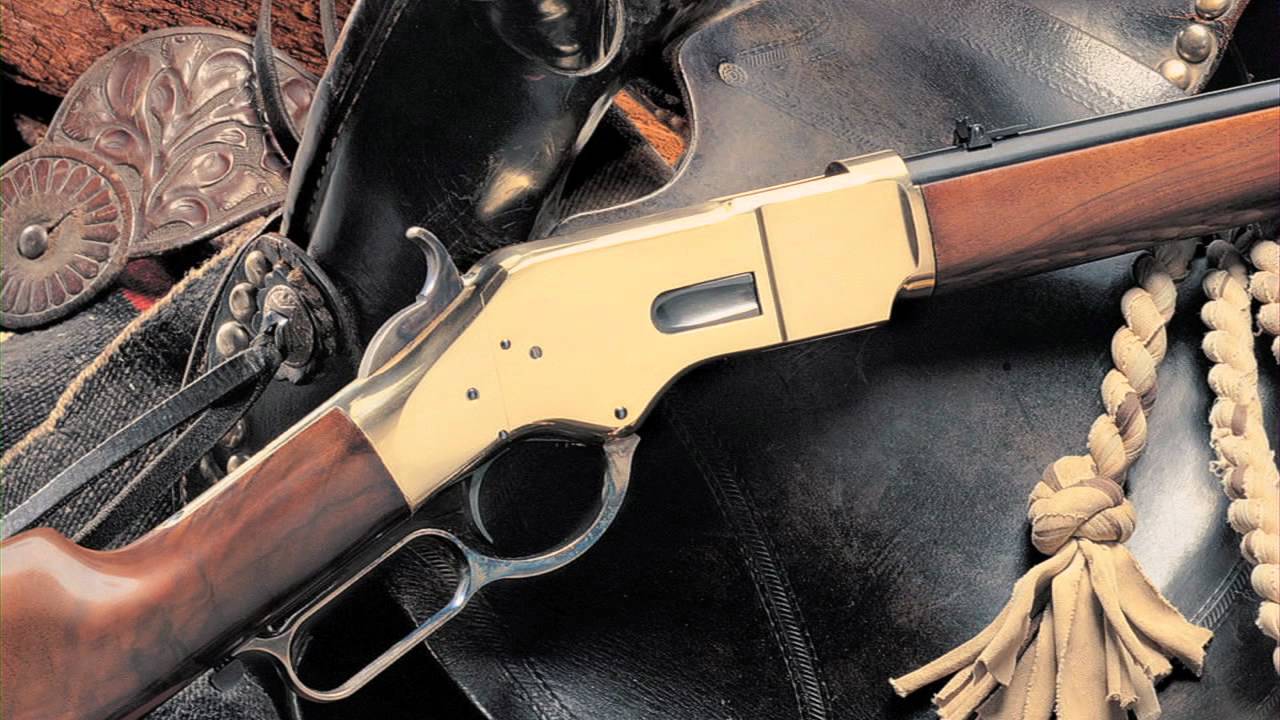 When Benjamin Taylor Henry’s Repeating Rifle came on the scene in 1860 it marked a major leap forward in personal firearm technology. The gun’s ability to put sixteen consecutive rounds into multiple targets without reloading at the rate of 10 or more shots per minute was a game changer both in battle and on the American frontier.

In 1866, Nelson King introduced a major improvement to the original Henry by adding a spring-loaded gate on the right side of the receiver through which cartridges could be inserted to load the rifle. Not only did this addition make loading and reloading far faster and easier, but it also allowed for the addition of a wooden forend stock. The forend made the Henry easier to hold, added durability, and also offered protection for the shooter’s supporting hand from a hot barrel. Called the Yellowboy for its shiny brass frame, forend stock endcap and butt plate, the 1866 Henry’s distinctive and handsome appearance made it highly desired.

Uberti offers striking recreations of the 1866 Yellowboy with polished Walnut stocks, beautiful brass receivers and blued octagonal barrels. We chambered them for the readily available .38 Special and .45 Long Colt cartridges in place of the obsolescent .44 Rimfire, and offer them with 19", 20" and 24.25" barrels.