Buffalo Hunter
Specifications and prices are subject to change without notice.
Down Under Sharps

Uberti’s “Down Under” Sharps is a reproduction of the Sharps that Tom Selleck carried and with which he made some amazing long-distance shots in the film “Quigley Down Under."

By the late 1870s, the Sharps long-range models became favorites of professional buffalo hunters. Heavy-barrel Sharps were used to take selected buffalo without spooking the herd.

After the Civil War, Sharps rifles were adapted to fire metallic cartridges. They were used by the American Rifle Team to win the first international long-range rifle match at Creedmoor, Long Island, New York. 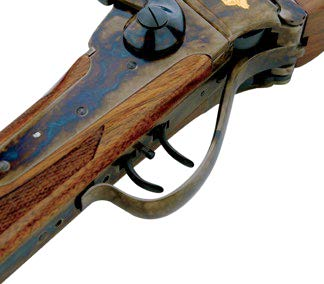 All models of Uberti’s 1874 Sharps rifles feature double set-triggers, allowing the  front trigger to be set to a very light pull-weight—an aid to accurate shooting. 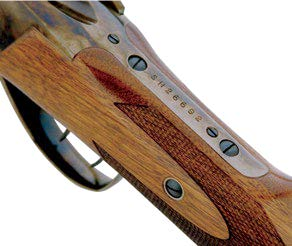 The top tang on the Sharps receiver is drilled and tapped to accommodate the mounting of a Creedmoor rear sight. 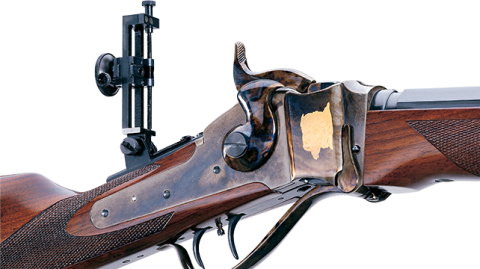 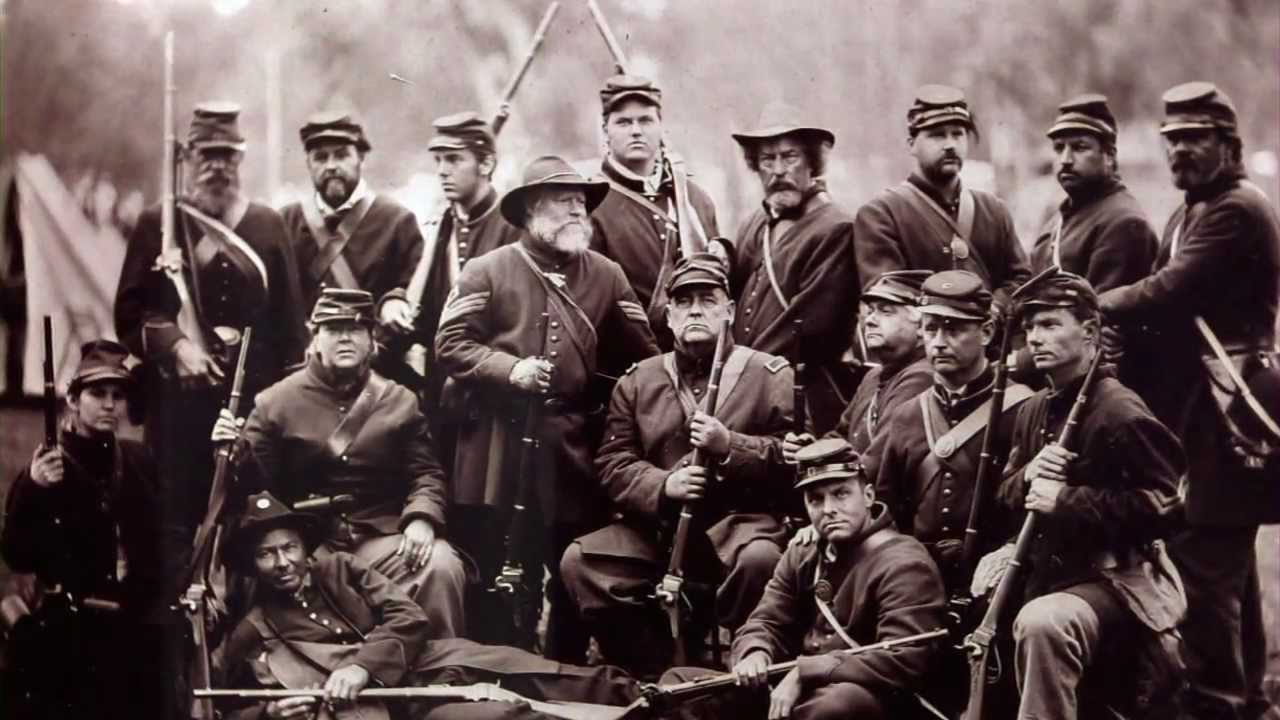 Few rifles are so renowned for accuracy that those who use them literally define accurate shooting, but the series of rifles first introduced by Christian Sharps in 1848 were so good, the word “sharpshooter” came to define not only those who wielded Sharps rifles, but fine marksmen in general. Sharps rifles saw extensive use by both sides in the American Civil War because their breech-loading actions permitted loading while prone, sitting or riding a horse, and skilled sharpshooters could make up to 10 accurate shots per minute.

Civilian use of Sharps rifles hit its stride in the years following the civil war when the firearms were made in a number of chamberings for large caliber metallic cartridges. Of these, the .45-70 (a .458-caliber bullet over 70 grains of black powder) introduced in 1873 became wildly popular with sportsmen. Teamed with special tang-mounted adjustable sights, such as the Creedmoor, the .45-70 Sharps became a hard-hitting long-range weapon capable of accurately striking targets up to 1,000 yards downrange. That made the 1874 Sharps ideal for hunting buffalo and other large game.

The 1874 Sharps was such an iconic part of the American West that it was featured prominently in several Hollywood films. Clint Eastwood used one in “The Good, the Bad and the Ugly,” Glen Campbell carried one in “True Grit,” and Kevin Costner had one in “Wyatt Earp.” But the most famous film role for the 1874 Sharps was in “Quigley Down Under” where a special long-range version chambered in .45-110 was used extensively by Tom Selleck in the starring role. The movie is credited with starting a resurgence of interest in Sharps rifles that continues to this day. There’s even a special tournament for Sharps rifle shooters held in eastern Montana every year. The Matthew Quigley Buffalo Rifle Match is a two-day event that brings hundreds of competitors from around the world to compete shooting metal targets up to 1,000 yards away.