Single-Shot Sporting
Specifications and prices are subject to change without notice.

Uberti's 1885 high-wall rifles are perfect for hunters and shooters who relish the challenge of hitting the mark with a single-shot rifle. They are chambered in .45-70, just like the original, and are capable of taking any big game in north America. They are also great for big-caliber, long-range shooting competitions. Handsome bluing on the octagonal barrels teams with the rich walnut stocks and forends to enhance their sleek appearance. Two versions of the 1885 high-wall rifle are available with case-hardened frames, open sights and your choice of a 30" or 32" barrel. 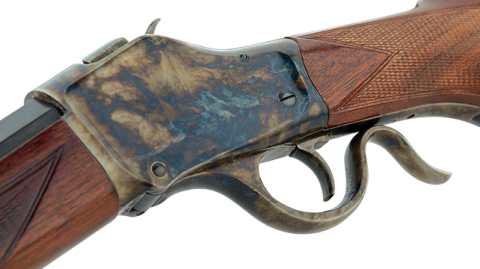 On Rifles and Carbine 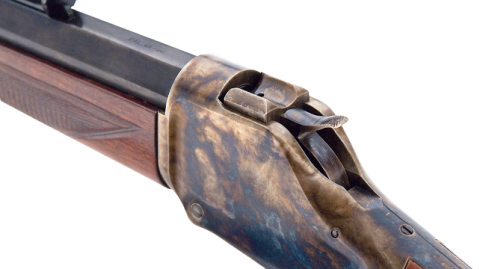 In Rifles and Carbine 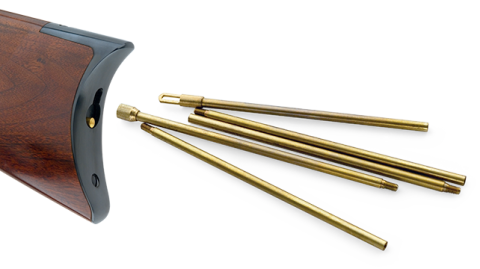 With Rifles and Carbine

Breakdown cleaning rod fits in a compartment in the buttstock. 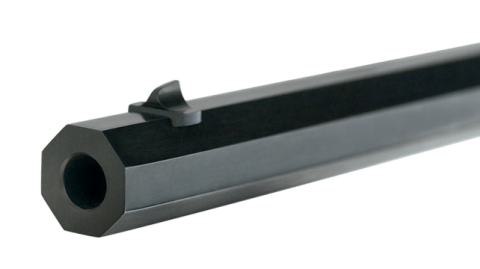 Front sight is dovetailed into the octagonal barrel. Can be drifted for windage. 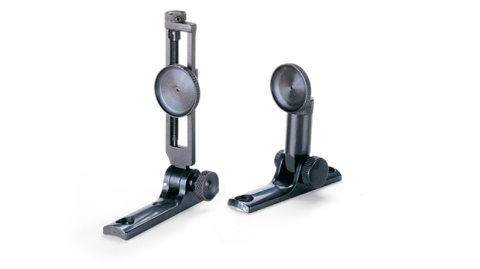 For Rifles and Carbine

Creedmoor-style sights are available, but not included.

Shooting exhibitions and marksmanship contests grew rapidly in popularity and participation in the years following the American civil war. From the 1870s until 1920, competitive shooting was as popular with Americans as golf is today. By 1882 American rifle manufacturers such as Remington, Sharps and Stevens had all made firearms specifically for use in competitions. In 1883 Winchester began work on a single-shot rifle for use in shooting matches. John Moses browning collaborated with Winchester engineers to develop two rifles – the high-wall and low-wall model 1885.

The low-wall Winchester model 1885 had an exposed hammer and was made to accommodate relatively small, less powerful cartridges such as the .22 short, .32-20 wcf and .38-40 wcf. The high-wall model 1885 was built to handle larger and more powerful calibers such as the .45-70, .45-90 and .50-90, and its hammer was partially covered by the gun’s steel frame. The model 1885’s action was so strong the gun served as a platform for future testing and development of new high-powered rifle cartridges. Not only was the model 1885 highly successful as a competition firearm, but it soon earned a reputation for rugged reliability. Famed hunter, shooter and writer Ned Roberts (inventor of the .257 Roberts cartridge) once described the model 1885 as, "the most reliable, strongest, and altogether best single shot rifle ever produced." 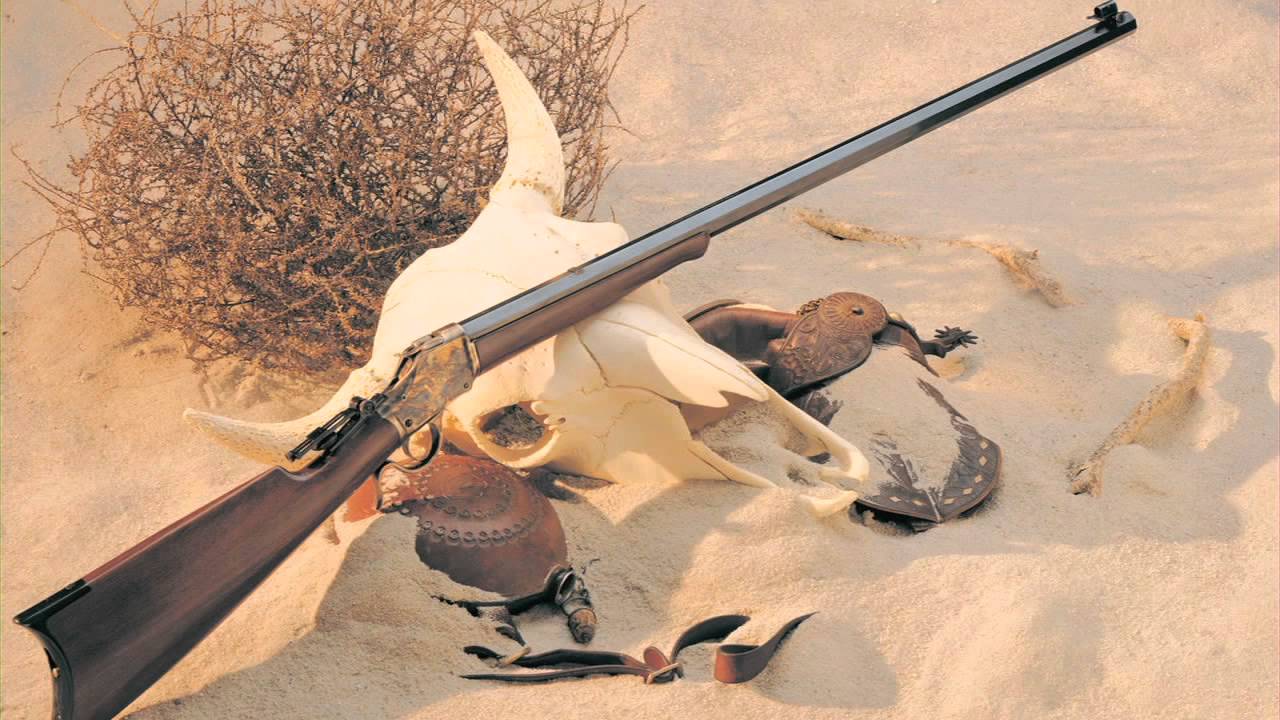