Steel
Specifications and prices are subject to change without notice.

Uberti’s 1860 Henry Rifle sports the model’s distinctive receiver, which was originally offered in bronze or steel. One of the most coveted rifles in the U.S. Civil War, it became infamous among Confederate troops as the rifle that Yankee soldiers could “Load on Sunday and shoot all week.” Today the Uberti 1860 Henry is an absolute favorite in N-SSA target shooting competitions, thanks to its historic looks, fast handling and great accuracy. The only “poetic license” we took is caliber selection, since the Henry’s original .44 rimfire is long obsolete.

Uberti has faithfully reconstructed the 1860 Henry and offers both steel- and brass-receiver versions. Since the .44 rimfire rounds used in the original Henry rifles are obsolete, our fully functional replicas come in your choice of .44/40 or .45 long colt chamberings with handsome walnut rear stocks and 24.5" barrels. We also offer a Henry trapper carbine version with an 18.5" barrel. 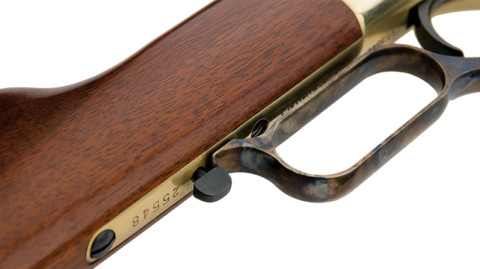 Has lever lock at rear of receiver. The external cartridge follower aids in loading the tubular magazine. 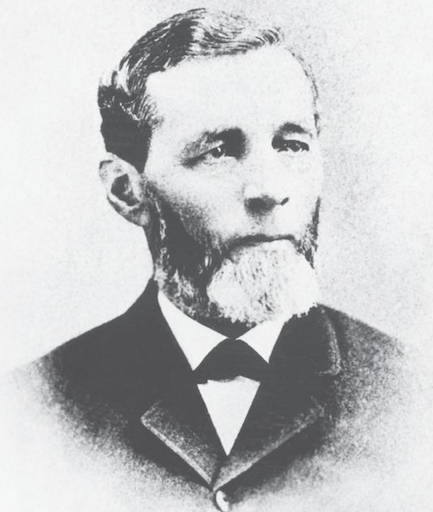 Benjamin Tyler Henry patented his new lever-action rifle in 1860, and it immediately became one of the most sought-after firearms of his time. With a sixteen-round tubular magazine beneath the barrel, it afforded users an unmatched rate of fire in battle. But as is often the case, traditionalists in the military raised objections to the Henry. They were concerned soldiers able to shoot so quickly might waste ammunition, and bean counters pointed out the cost of a .44-caliber rimfire cartridge for the Henry was four times that of a round for a single-shot rifled musket.

The gun itself took a comparatively long time to make, and was also costly at $40 to $50 per rifle. Adjusted for inflation, that's $1,250-$1,500 in 2020 U.S. Dollars. Even so, many union volunteers scraped together enough to buy a Henry and bring it with them into service. Though comparatively few saw action, those that did made a big impression.

Infamous Confederate Colonel John Mosby, a notorious raider of union positions, called the Henry “that damned Yankee rifle that can be loaded on Sunday and fired all week.” the Moniker stuck, and the Henry rifle played a decisive role in the catastrophic defeat for the confederacy in the battle of Franklin in 1864. It also contributed to the defeat of gen. Custer at the battle of little bighorn where more than 170 Native American warriors were armed with Henry and Winchester repeaters and U.S. Army troops had very few. Though the Henry rifle of 1860 lacked the range and knockdown power of many contemporary long guns, it more than made up for that after the war as a short-range defensive and hunting weapon able to deliver more than 10 shots a minute into multiple targets.